This week was fantastic fun (especially for letting my creative juices flow). It was ‘school spirit week’ with a different theme to dress up in each day – admittedly not a lot of people dressed up, but those of us who did had a LOT of fun!

Wednesday was cross-dressing – a lot of gaijin guys dressing up in dresses with a couple of traps hanging about in there! 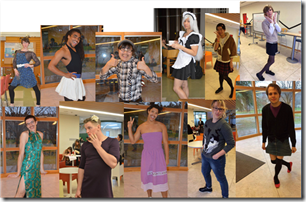 Thursday was heroes and villains – Elena and I decided (last minute) to make some avengers costumes because they would be showing the Avengers in the evening. Thanks to Daiso and Uniclo, this what all 3 of us came up with: 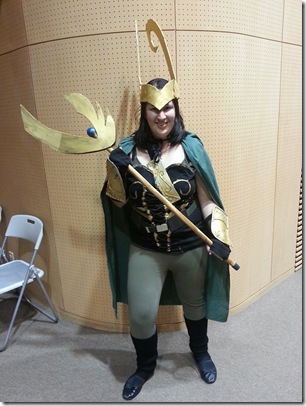 Friday was school colours (green and white) and then in the evening there was a ‘decades’ themed disco. It started out like a normal school disco – nobody really dancing and not many people there – but as we got through the 60s and into the 70s more people turned up and we were jamming to Abba, then Queen, Tina Turner, Gloria Gaynor, the Spice Girls, Fresh Prince of BelAir, Survivor, Green Day….you name a nostalgic song, we were there singing and dancing along to it!

I’ve also been having a creative nails week – starting off with some Scottish flags, then some snowflakes (due to the fact that we got more snow on Thursday) and then some patriotic Union flags today:

Oh, and it’s the 1st of DECEMBER!!!! First door of the advent calendar opened today 🙂 It also meant that I had a go at making mincemeat today – it should be ready before Christmas…..

Well, until then またね！